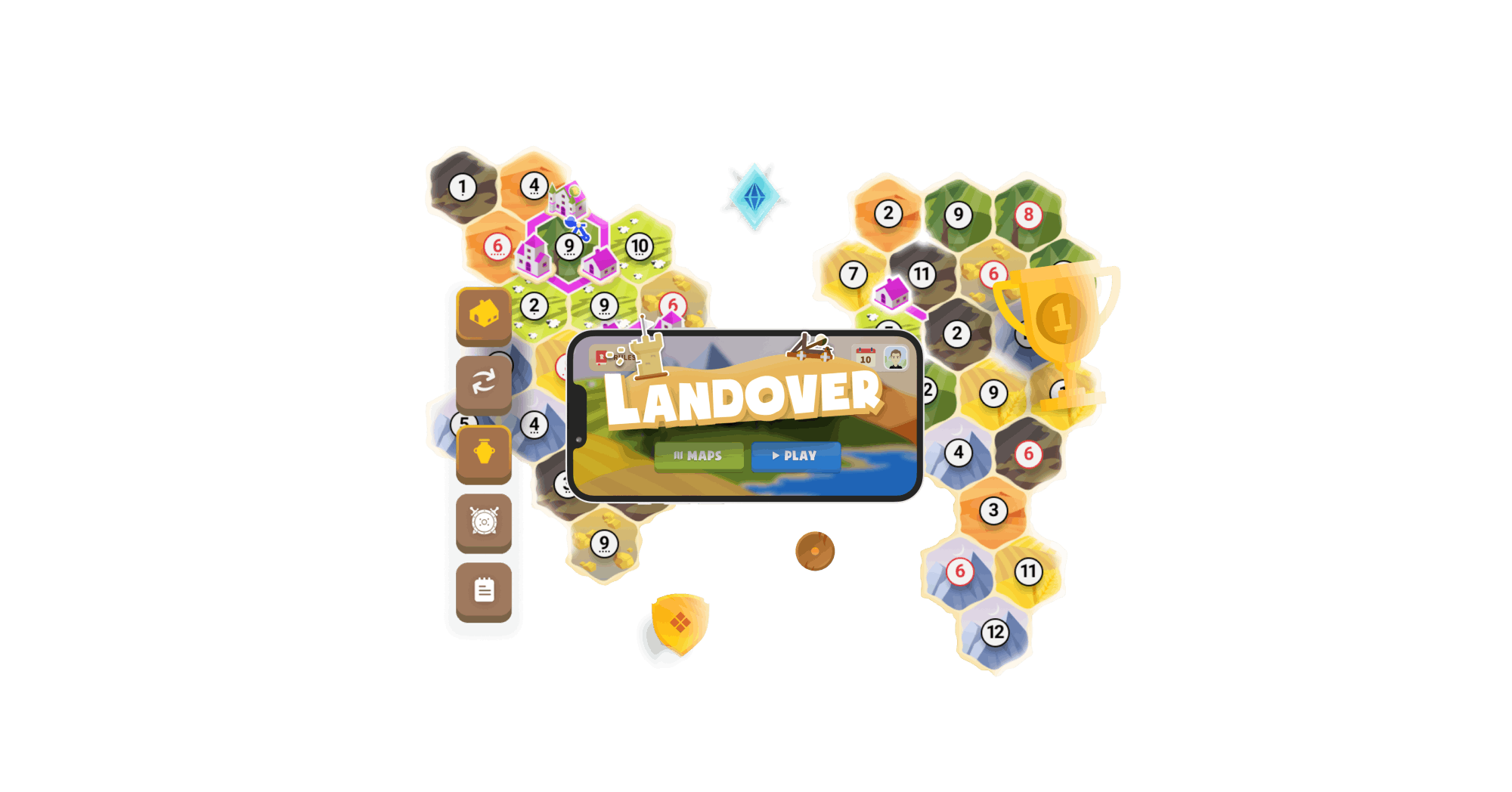 Mobile game for 2 to 4 players competing for Victory points. 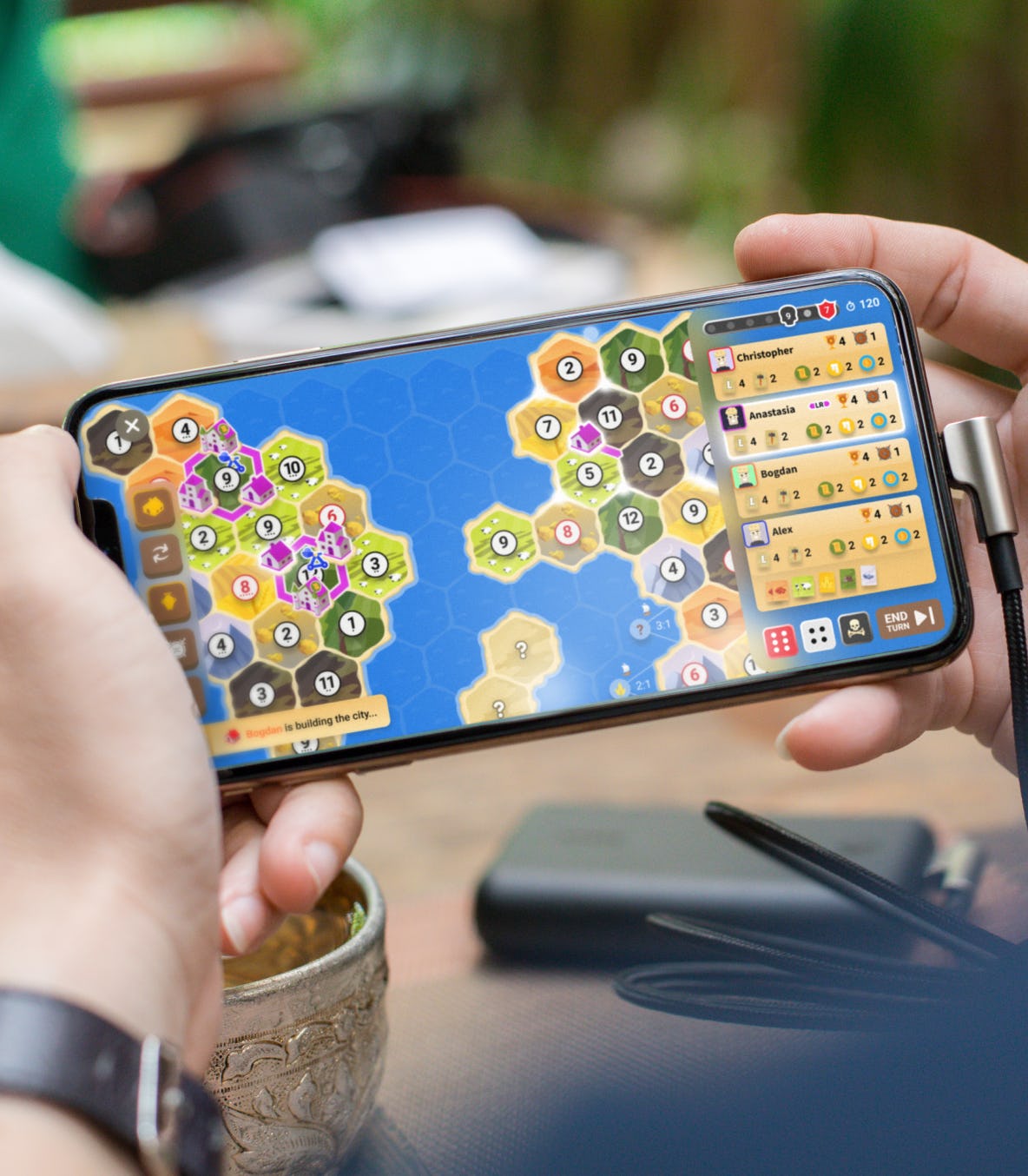 Landover is a game for 2 to 4 players where players compete for the most Victory Points. The game is played on a variety of maps, each one calling for different strategies. You can choose to play custom games on user-created maps with all your friends, or play ranked games against random opponents to see how well you stack up against the competition.

The game starts with each player placing one village and one city on the board. Player's then take turns rolling the dice, gathering resources, and building up their colonies. Player's must choose between expanding quickly, upgrading their technology & culture, or fortifying their military. If you expand your empire too quickly, your cities are in danger of being raided by other players or attacked by the barbarians.